Healthcare provider data is constantly changing. Doctors move. They change practice locations. They retire. They die. Given this fluidity, maintaining an accurate, real-time “master file” of practitioner information is tough. The data must be constantly audited to make sure it’s accurate. For HMS, the accuracy of the data is the core of their business, so the HMS data auditors needed software that would pull all their sources of info into one place.

The auditing team at HMS had developed a reliable method, but it required the combined use of a handful of legacy software applications, some of which were starting to have major performance issues under the strain of an ever-growing database. Team members had developed a series of hacks to be more efficient – usually working on multiple records at once so that they could begin working on record B while record A was slowly completing a step in the auditing process. The auditors prevailed despite these hacks, but their entire system was clearly in need of an overhaul.
In 2011, a decision was made to create one tool that would bring everything together in one interface. Thus, Audit Manager was born.

I began my UX work by sitting with the auditors, watching them work, and documenting the various bottlenecks and hacks that were in place. After I understood the problem, I worked closely with a business analyst to capture requirements. We divided the work into logical chunks that could be built iteratively using the Scrum process. After that, I began work on formulating a UI that could display lots of complex data in a meaningful way.

I can only show wireframes for this project. Actual data is protected under HIPAA and Safe Harbor laws.

An exploratory mockup of Audit Manager 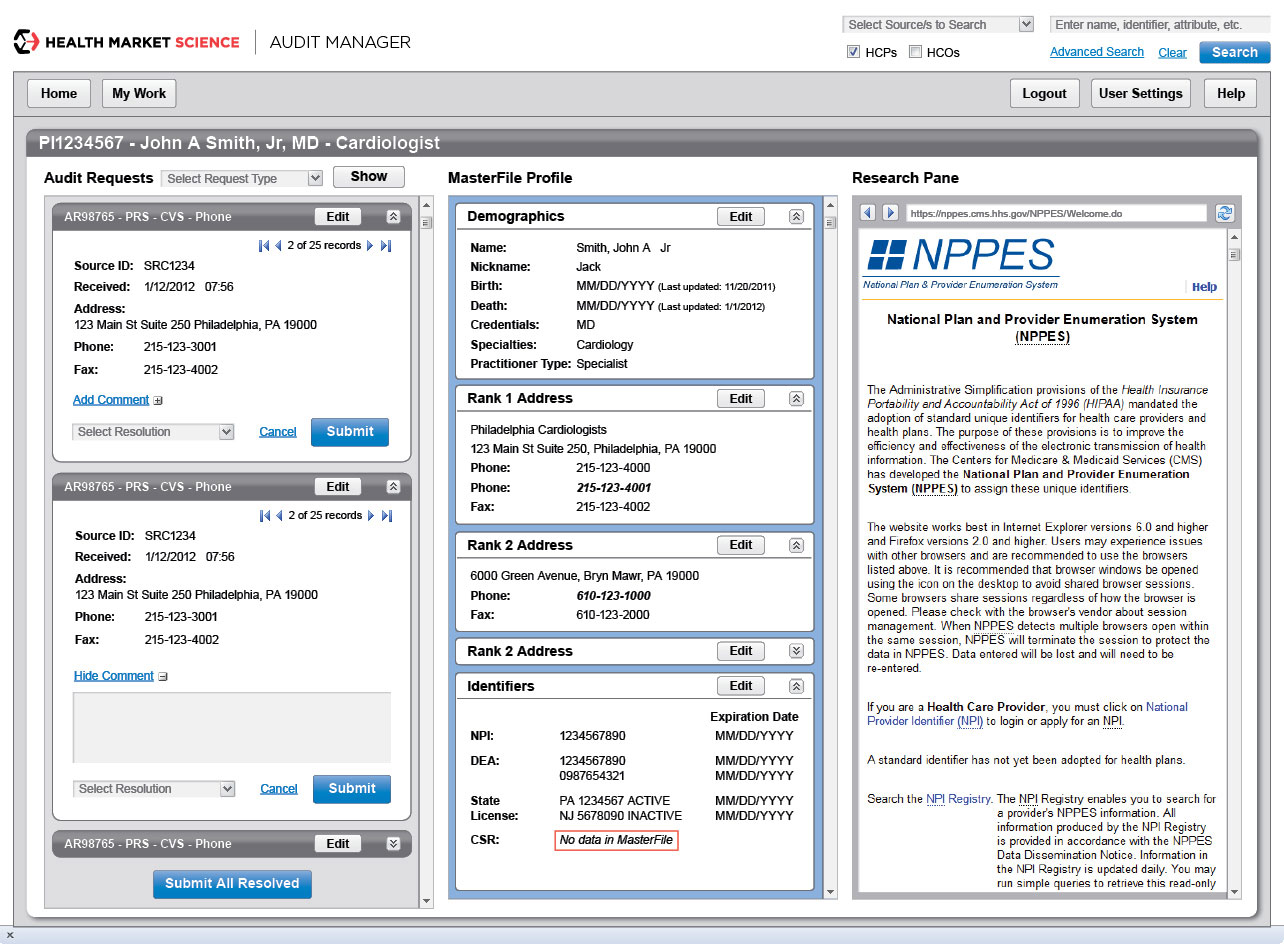 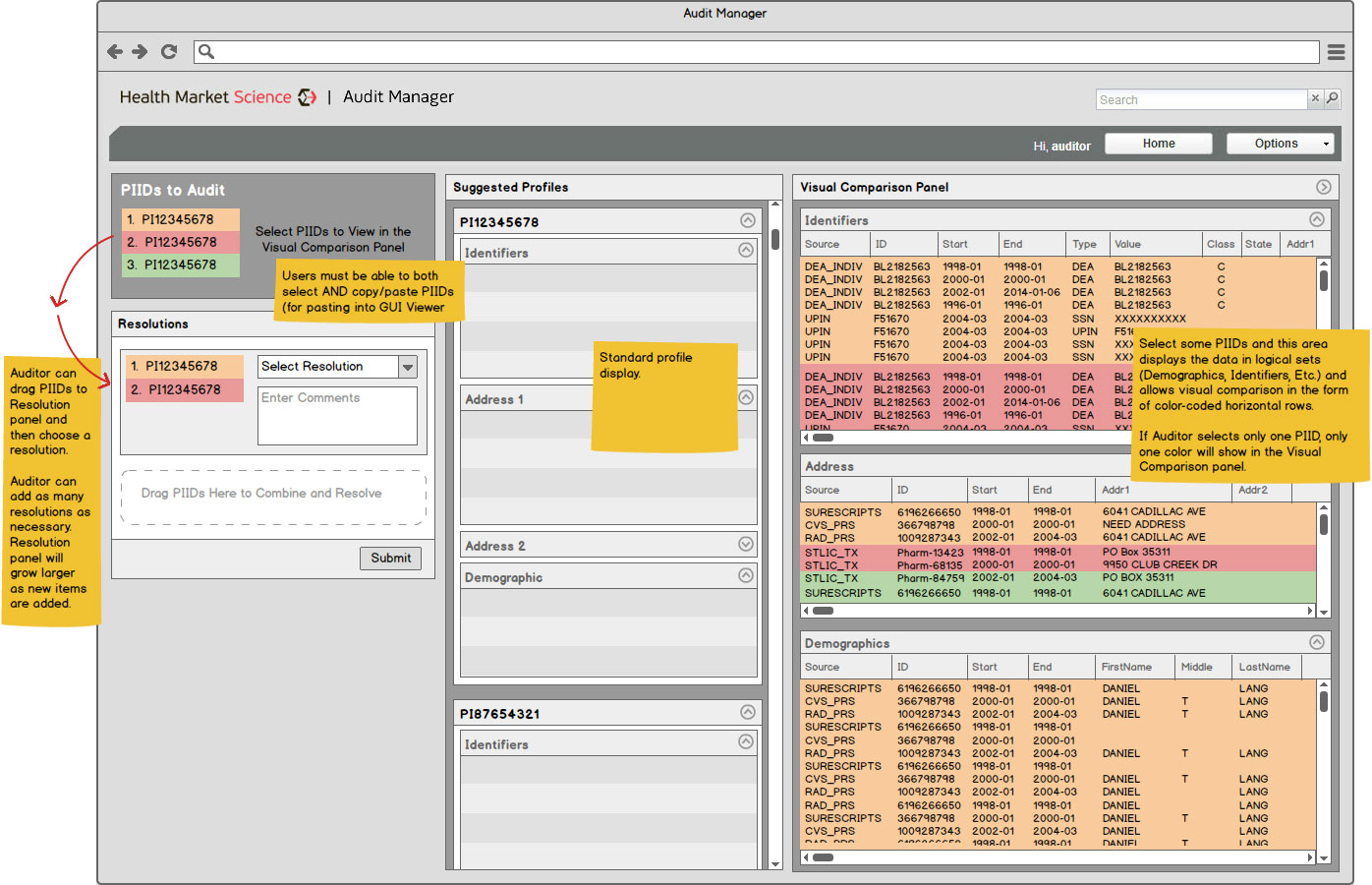 A screenshot of an audit QC screen in development 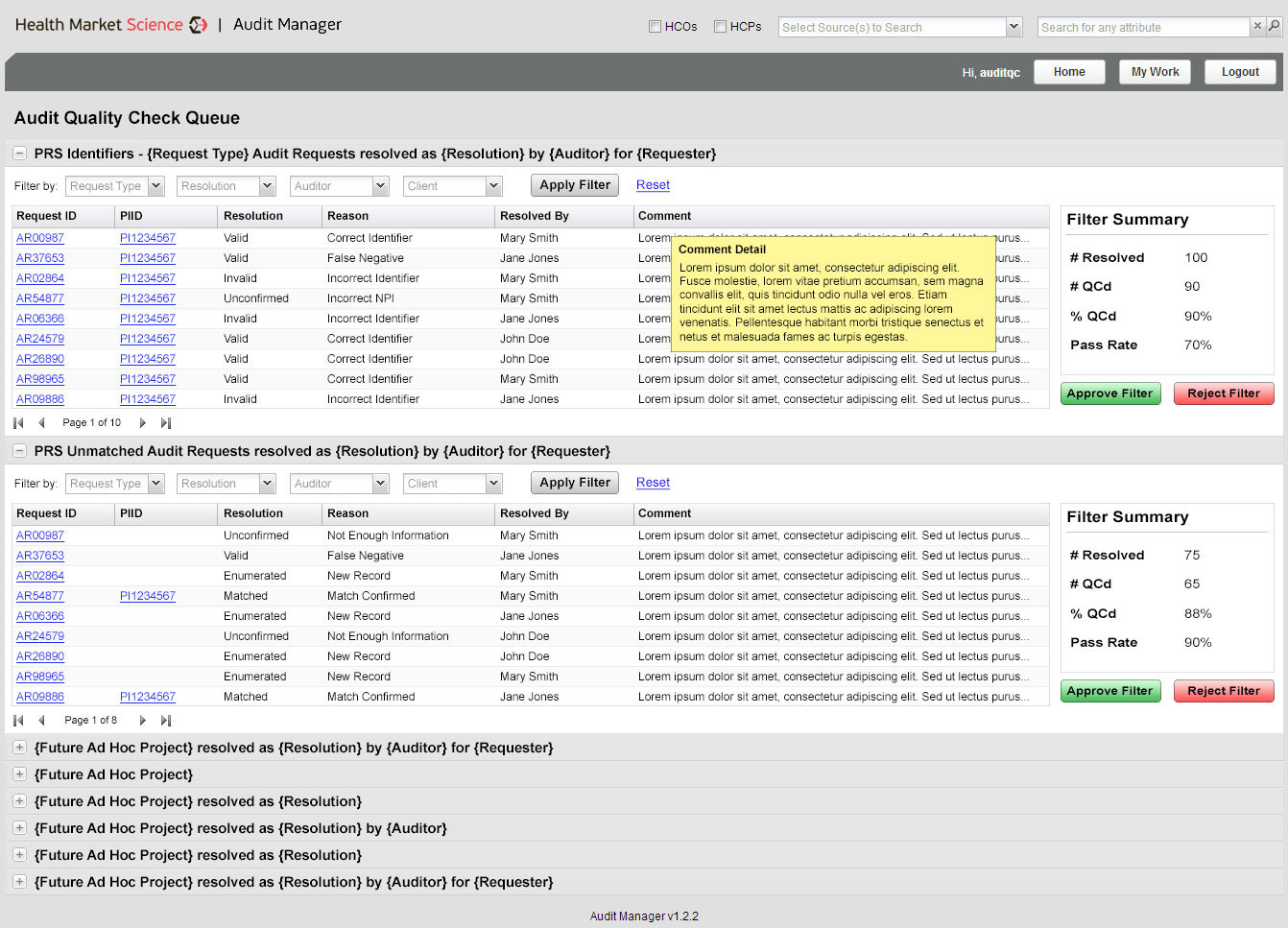